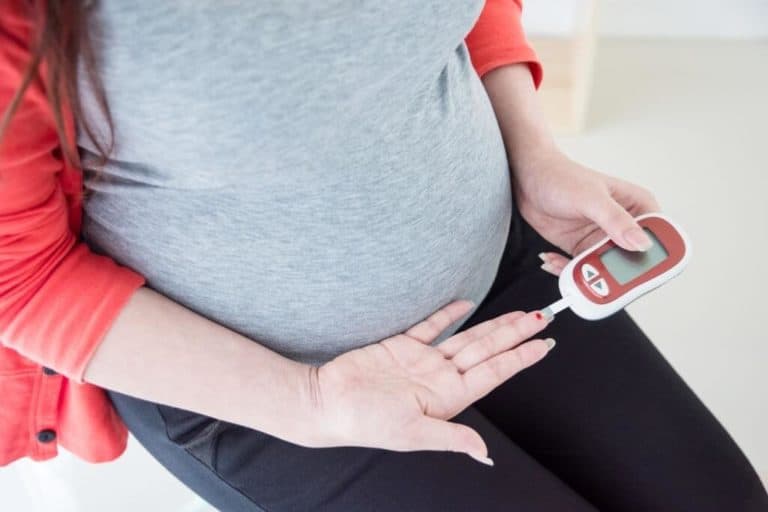 Diabetes during pregnancy or gestational diabetes is prevalent among a large section of women. It is quite common that the blood sugar level peaks up during the time of conceiving. This has an adverse effect on the mother’s health as well as the forthcoming offspring. Evidence suggests a link between maternal diabetes leading to ADHD in newborns.

What Is ADHD And How Is It Related With Pregnancy?

ADHD is a neurodevelopment disorder that affects the fetus at its early stages of development. It causes overactivity and problems with concentration that hampers social, family, and academic settings. It is said to have a genetic component although environmental factors cannot be ruled out totally. Research says that exposure to in utero risk factors can play a major role in developing psychiatric disorders in children. Almost 7.2 % of children suffer from ADHD worldwide. A recent study in the UK has recorded an increase in the number of such cases making it a public health concern.

A hyperglycemic intrauterine condition is said to have a negative impact on the brain development of the fetus. Gestational diabetes mellitus (GDM) is usually diagnosed in the second and third trimesters of pregnancy when there is a burst of brain development in the fetus. It is suggested that with the abnormally high sugar levels in the blood of the mother, the fetus has to deal with more sugar stress that hampers normal development of the brain as it gets diverted in absorbing the excess glucose.

Experiments with animal models have demonstrated that maternal hyperglycemia can produce an inflammatory environment in the mother’s womb through oxidative stress. It has been hypothesized that due to maternal inflammation and immune responses, the central nervous system of the fetus produces inflammatory responses which in turn promotes ADHD. Moreover, experiments on murine models have shown how maternal diabetes can alter transcriptional factors and signaling pathways, a total imbalance in the epigenetic mechanism, which contributes to neuronal disorders.

Not only animal experiments, but population studies have also given some supporting evidence based on the hypothesis. Observational studies did earlier in the Caucasian and Chinese populations have shown a possible connection between maternal diabetes and the risk of ADHD in children. Many other studies suggest children born to diabetic mothers are more vulnerable to contracting ADHD than others. Studies also reported that mothers with various immunological diseases are more likely to produce offspring with risks of ADHD. A study among the Caucasian population showed that diabetes during pregnancy increased the risk of ADHD by 164% in children.

Electronic medical records of 333,000 children in California in the United States have shown that pregnant women suffering from Type 1 diabetes had 57 % higher chances of producing offspring with ADHD. Expecting mothers suffering from type 2 diabetes who took anti-diabetic medication had 43% chances of giving birth to children with ADHD. It also reported that the timing of gestational diabetes did not influence the child’s risk of incurring ADHD.

Other factors associated with ADHD

Socioeconomic factors are also considered to play a crucial role in maternal diabetes. Women from poor or lower-middle-class families are likely to suffer more due to greater chances of negligence. Economic constraints can lead to delayed or no treatments at all during the initial phases of the disease leading to uncontrolled diabetic conditions.  Also, poor lifestyles and inaccessibility to hygienic food and regular physical activities can be linked to diabetic situations. Thus, children born in economically backward classes and under unhealthy circumstances are prone to develop nerve disorders like ADHD. Studies say that children born to poor families as well as to diabetic mothers are 14 times more at risk of developing ADHD compared to children with no risk factor.

ADHD is also considered to be associated with some endocrinological components. It has been reported that people with Type 1 Diabetes are more likely to be diagnosed with ADHD. Subsequently, children suffering from ADHD in their teens are reportedly more likely to develop Type 2 Diabetes in the future. A probable association between the thyroid hormone system and ADHD is under scrutiny as few studies reported the occurrence of high thyroid levels amongst ADHD patients. Further evidence comes from a study conducted on a transgenic murine model that expressed human receptor beta 1. This mutation causes syndromes like impulsive behavior and inattentiveness associated with ADHD.

Experts opine that the studies do not prove clearly that gestational diabetes is directly linked to ADHD but, it surely sends a message to mothers as well as doctors that diabetic mothers can pose great danger to the child about to be born and more so if he is to grow up in a challenging environment. GDM affects roughly 5 % of the expecting mothers in the US. Researchers say that diabetes during pregnancy is not bad enough till it goes unnoticed, which adversely affects brain development. There are several controversial reports that outdo the hypothesis that associates ADHD with gestational diabetes. Many others have not accounted for those expecting mothers who already suffered from diabetes (pre-gestational diabetes). Further research with larger populations is much needed to prove that gestational diabetes is in fact associated with ADHD in children.

The National Institute for Health and Care Excellence has formulated guidelines for ADHD management. It emphasizes a more holistic approach to managing this disorder. There should be a comprehensive treatment plan that would take care of psychological, behavioral, and occupational needs. It focuses on a training program for parents with ADHD children under 5 years of age. Medical help is also provided to children above 5 years or adolescents with ADHD symptoms.

Maternal diabetes and ADHD are probably connected based on a number of case studies, especially among the Caucasian population. The result emphasizes the need of taking care of the mother’s health during the gestational period so as to control the chances of developing not only hyperglycemia but any other disorder. It should be taken care that it is not only the first trimester that the care should be forwarded but throughout the time of pregnancy to ensure a healthy generation.