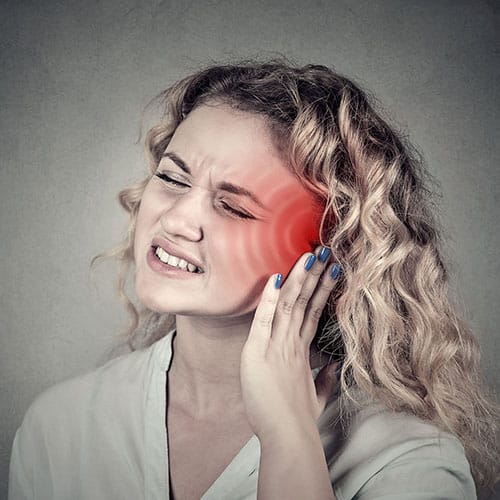 Tinnitus can be temporary, persistent, mild, or severe. However, there is no cure for tinnitus. The treatments and other natural remedies help you to manage or reduce their effectiveness.

They tackle the cause of tinnitus symptoms and minimize the ringing in your ear significantly. Here are some tips or techniques to get rid of tinnitus or to reduce its effect.

Remedies To Get Rid Of Tinnitus

Stop smoking: Smoking may worse the effect of tinnitus. Studies found that rates of tinnitus are higher in smokers than in non-smokers. It’s better to quit smoking to reduce the potential impact of smoking on people suffering from tinnitus. The nicotine and carbon monoxide present in the cigarette lowers the oxygen in the blood and constricts blood vessels all over your body including those in your inner ear. Smoking may also weaken your immune system and damages the tissues in your nose and throat. This makes them more susceptible to infections and it affects the ear too.

Meditation therapy for tinnitus: Meditation therapy for tinnitus helps to retrain your brain. Meditation works by training your mind to come to terms with and accept tinnitus. This technique does not avoid the problem of tinnitus altogether. Experts opinionated that the more the brain attempts to fight the problem, the more it tunes into it. So meditation trains people with tinnitus to stop their concerns about the condition and to realize that they can overcome the issues.

Use hearing aids: This is the most basic way to manage tinnitus issues. It reduces the effect of inner noise and helps to reduce the awareness of tinnitus. So your brain can focus on the external sounds that you want to hear and neglects the inner ringing sound that disturbs your focus and concentration. Thus hearing aids can be an effective option to cure symptoms of tinnitus and they mask the annoying sounds.

Reduce consumption of caffeine: Caffeine is a psychoactive substance that is most commonly consumed in coffee. Caffeine has been long implicated in the development of tinnitus. Reduction in intake of caffeine reduce tinnitus symptoms and has been recommended by national primary care and speciality organizations.

Play soothing sounds in the background: Always avoid complete silence to reduce the hyper-focus on tinnitus noises inside your ears. A soothing sound or white noises may alleviate tinnitus symptoms and calm your mind and brain. They make tinnitus issues less noticeable to you.

Breathing techniques: Breathing techniques can be extremely calming your inner noise and help to focus your body’s natural rhythm. They are easy to practice and can be done anywhere at any time. Breathing exercises have zillions of benefits and effects on your body beyond easing the symptoms of tinnitus.

The above-given techniques and remedies wouldn’t cure tinnitus permanently. They all provide temporary relaxation and ease the effect of tinnitus symptoms. The more your practice these techniques, it will neglect the negative reactions of tinnitus gradually. So you will get more control over your focus and concentration. Read Quietum Plus Powdersville Post to know more.