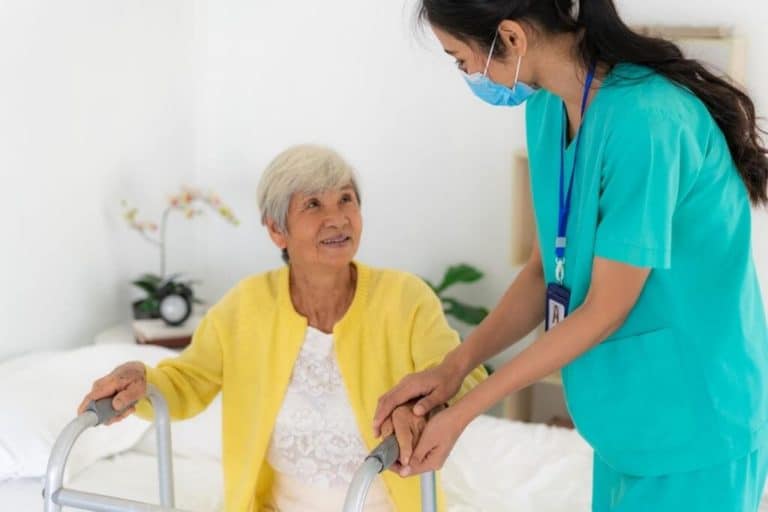 Parkinson’s Disease is a nervous system disorder that directly affects the movements in a person. In this disease the nerve cells break down, dropping the dopamine level which leads to the symptoms of Parkinson’s.

What Are The Symptoms Of Parkinson’s Disease?

At an initial stage, the symptoms are tremors, uncontrolled shaking, slow physical movements, etc. Despite the treatment and medication, in some patients, the symptoms get worse with the passage of time, and it becomes hard for the patient to survive with it.

The all-time Great Boxer Muhammad Ali, three years after retiring from his boxing career was diagnosed with Parkinson’s disease in the year 1984, which caused his death after severe complications on June 3, 2016, at the age of 71.

After a lot of effort, the researchers have found that “exercise is the medicine”. The patients who have started showing the symptoms of Parkinson’s and haven’t started their medications can do intense exercise to slow down the Parkinson’s symptoms.

The trial was conducted on 128 patients having the age range between 40-80 years, who have not started their medication yet. Treadmill exercise was prescribed to the patients for 4 days a week for 26 weeks.

The question before the researchers was whether the high-intensity endurance exercise which will increase the heart rate by 80% – 85%, shows any changes in the motor symptoms of patients or not.

After the trial, it was reported by the researchers that high-intensity endurance exercise can be safely prescribed for patients diagnosed with Parkinson’s disease.

So, the research made it simple for Parkinson’s patients, if you have the disease and seek to slow down Parkinson’s symptoms, start doing the exercise at least three days a week, with your heart rate between 80% – 85% maximum.

Moderate and simple exercises do not increase your heart rates at this level. That is why moderate exercise is not a cure, you have to push yourself to the intense exercise in order to delay the progression of the disease because the symptoms get worse with the period of time if the patient does not take care of it.

How Intensity Workout Slowed Down The Symptoms

This disease generally occurs in people of age group 50 years or above. At this age, it becomes very hard for a person to push himself to do exercise.

But if the person is diagnosed with Parkinson’s he is supposed to do a high-intensity workout in order to slow down the symptoms, so the patient needs to push themselves, move out of their comfort zone, and should start doing exercise for their wellbeing.

The patients at the beginning of the trial were measured with the Unified Parkinson’s Disease Rating Scale to measure their level of symptoms, on average everyone was at 20 on the scale.

After six months of trial, they were again measured on the scale to verify whether they got worse or better. Those who did high-intensity workouts regularly three days a week remain on the same level, the patients felt great about this.

Those who were engaged in moderate & simple exercises got an increase in their measure by 1.5 points on average. And those patients who were not engaged in any exercise increased their measure on the scale by 4 points.

The intensity exercise does not implicit the patients to go to Gym and start weighted exercise, you just have to start your routines by doing normal walks, jogging, and stretching, once your body adopts the workout routines you may increase the intensity of the exercise by running or jogging for long distances, doing squats, long-distance cycling is also an option, and skipping rope, etc.

Always prefer to have a workout partner along with you during your workout routines, you will feel more motivated, more adventurous, you & your partner will encourage each other and you’ll work harder to get your heart rates at the 80% – 85%.

The exercise routines are considered restorative sessions that help beyond the surface of skin, spirit, and mind. Moreover, these sessions relax the nervous system and overall body accompanied by creating deep detoxification in the cells, muscles, tissues, and organs in a patient’s body. Keeping the regularity in your workout with high intensity will be considered as a key to reducing your Parkinson’s Symptoms.