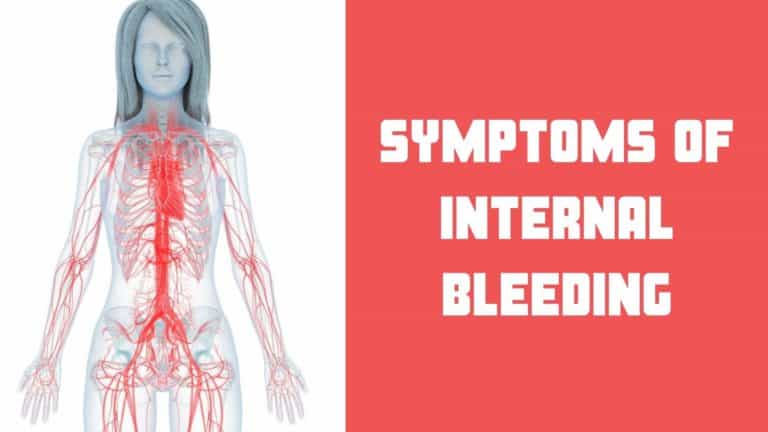 Internal bleeding has a very difficult definition. It occurs when there is bleeding inside your body that you can not see. It is often only controlled by surgery. Patients suffering from internal bleeding need to be rushed to the operating room rather quickly, depending on the severity of the bleeding.

Extent Of The Severity Of An Internal Bleeding

An example would be a severely crushed leg. You are not expecting a lot of bleeding but you know that you are having a lot of internal bleeding due to damage to the arteries within that leg and it can only be stopped by the use of tourniquets.

The significance of finding the symptoms:

Males contain approximately 70 milliliters of blood per kilogram of body weight, whereas females contain only 65 milliliters per kilogram. The body can not tolerate an acute blood loss of more than 20%, so when a typical adult loses more than one liter of blood, their vital signs change significantly. This is also applicable in the cases of infants and children, but a little bit differently. They may have the same effects but with smaller amounts of blood loss. The compensation depends on how rapidly a person bleeds. When somebody is bleeding out quickly, their compensatory mechanisms may not have enough time to maintain perfusion. This is why it is very important to find out as many additional symptoms as possible in order to properly diagnose and address the internal hemorrhage.

There are mainly two kinds of primary symptoms of internal bleeding.

Traumatic internal bleeding: This occurs from an external hemorrhage or injury, usually in that same area as the external trauma. Psychological problems can also be considered as trauma in some cases. For example, chronic depression sometimes results in a brain aneurysm.

These are very lethal conditions and must be treated promptly.

Primary symptoms of internal bleeding do not always develop quickly, so other signs and symptoms are needed to make the diagnosis.

The severity of the symptoms :

Bleeding from an open artery is bright red, it tends to spurt in time with the pulse, is difficult to control, and may require a tourniquet. Blood from an open vein is a darker type of blood and it flows steadily. It is easier to manage. A damaged capillary vessel typically just oozes steadily but slowly, it is not generally an emergent type of bleeding.