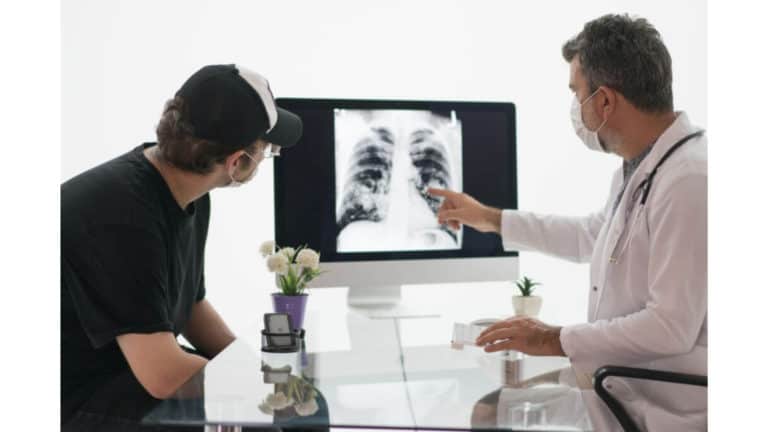 Lung cancer is a type of cancer that affects the lungs initially later spreading to other parts of the body. It usually gets diagnosed at its advanced stages and is most commonly associated with smoking.

Though it is considered the most obvious cause of this type of cancer, it should not be solely held responsible for it. There are several other synergistic factors that should be accounted for.

Cancers can be a cause of genetic point mutations and other family histories. They are not limited to any specific reason. Lung cancer is one such myth.

A smoker’s disease as often called needs immense understanding. It is said that lung cancer projects are mostly underfunded due to this myth.

Lung cancers are only for smokers which are not. Statistics say lifelong non-smokers are also on the list. Smoking is one of the many reasons but other factors like staying in highly polluted areas are also considered risky. Another important cause can be attributed to the naturally occurring gas radon. It can build up in homes exposing the lungs to harmful radiations. Hence, radon testing in homes is necessary.

It is also thought that light or low tar cigarettes are safer and that use of pipes and cigars is harmless. Well, it is absolutely not right to think it this way. In fact, doctors opine that menthol cigarettes are more dangerous than regular ones, and using cigars increases the risk of heart and lung diseases.

Another myth is that lung cancer patients cannot benefit from quitting smoking. This again needs to be busted as researchers found that ex-smokers benefit more than those that continue to smoke. Even their chances of contracting the disease become less significant. The treatments might work out better and the side effects would be lessened.

There is no reason to think that lung cancer is the ultimate death sentence and there is nothing one can do about the ailment when the truth is changing smoking habits, exercise and a healthy diet can prevent it to large extents. Studies suggest that regular physical activities can actually prevent the disease and other serious conditions of the heart.

Another absurd myth especially among African Americans and many others is that surgeries can cause the spread of lung cancers. It is believed that exposure to air can cause the spread and hence, surgery is a big ‘no’. But the fact is tumors in their early stages are curable through surgeries.

It is a disease of the old and young people do not suffer from lung cancers. It should be borne in mind that lung cancer can occur irrespective of sex and age. Many believe that breast cancer in women to be more prevalent than lung cancer whereas both are equally opportunistic.

There are basically three types of lung cancer- non-small cell, small cell, and lung carcinoid tumors. Non-small cell is most prevalent amongst the people and accounts for about 85 % of the cases whereas the carcinoid type constitutes about less than 5%. They are usually without any symptoms and are difficult to diagnose before it progresses. However, a chronic cough can be assumed as the most probable symptom that worsens over time. Tumors on lung surfaces can cause symptoms (Horner’s syndrome) that affect the facial nerves causing drooping eyelids or lack of perspiration on one side of the face.

The cancer stages can relay to what extent it has spread. For instance, non-small cell lung cancer has four stages and small cell type has two. Initially, it affects only one lung, but progressively it spreads to the lungs, the surrounding fluids, lymph nodes, and other organs. A five-year survival rate of 55 % is seen in patients where the lung cancer has not affected both lungs whereas the rate is 4% if metastasis has set in.

Lung cancer is one of the commonest forms of cancer and the second most common type diagnosed in the US. Smoking is considered the leading cause of cancer, though not the only one. It increases the chances of contracting it. Almost 80% of the deaths are due to smoking. Even passive smoking is said to affect and accounts for around 7,000 deaths per year. Although the death rates are high, a proper lifestyle and timely CT scans as advised by doctors can mitigate the situation to a large extent.