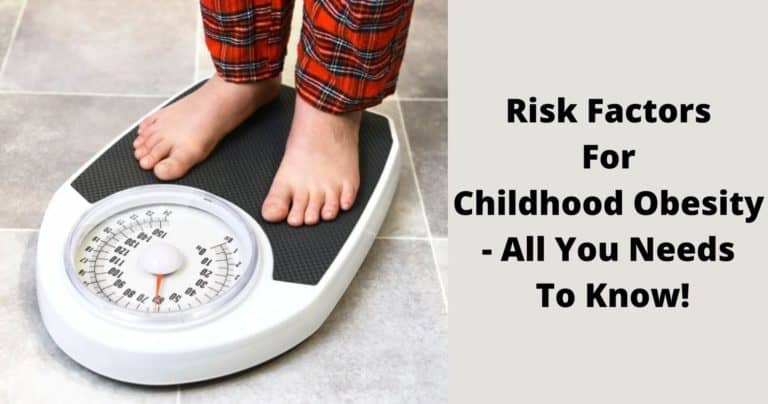 Childhood obesity, according to the World Health Organization, is one of the most important public health issues in recent years. Obesity can negatively impact a child’s cardiovascular, muscular, respiratory, and digestive systems. It has a significant social, emotional, and psychological impact on people and affects the hormones that determine maturity and blood glucose levels in children. Obese children and adolescents are more likely to carry these lifestyle diseases into their maturity, putting them at greater risk of disease, disability, and premature death.

Childhood obesity is a complicated health problem. When a child is extremely overweight or obese for his or her age and height, it is termed childhood obesity.

Excessive weight gain in children and adolescents is caused by the same factors that cause it in adults, such as behavior and heredity. Childhood obesity can affect the body in different ways. Children suffering from this may have a higher risk of developing:

Obesity in children can also lead to:

What Are The Risk Factors For Childhood Obesity?

Diet, physical exercise, and sedentary behavior are all risk factors for childhood obesity. Variables like age and gender reduce the influence of such risk factors. The parenting style of the parents, as well as their lifestyles, play a part in this. Food and physical activity habits are influenced by a variety of factors, including the education system, demographics, and parents’ employment requirements. Several factors have been identified that significantly enhance a child’s risk of becoming obese even before he/she is born. It includes,

Insulin resistance drives excessive growth of fetal adipocytes. In fact, maternal insulin resistance foresees newborn weight gain between the ages of 0 and 12. When a pregnant woman’s body has developed beyond insulin resistance and has developed glucose intolerance, her offspring’s risk of obesity increases even more. The risk of childhood obesity is highest when a child is born to a mother who has gestational diabetes and is overweight. When a woman’s blood sugar levels rise during pregnancy, the fetal body produces more insulin, which boosts fetal growth and birth weight.

C-section births are more common among obese people and people who live lethargic, sedentary lifestyles. Even in mothers who do not have gestational diabetes, higher birth weight is substantially linked to childhood obesity. Things like maternal stress, antibiotic use, smoking, and food can all affect early newborn gut colonization.

Early-life antibiotic exposure and childhood obesity are interconnected. Antibiotics are more likely to be given to pregnant women who are overweight, and antibiotic therapy is highest with C-section deliveries. Antibiotics have the greatest impact on a child’s weight when given before the age of six months. This has a significant impact on gut flora, as well as disrupting a person’s immunological defenses at the intestinal boundary and affecting mitochondria, which are crucial for energy metabolism.

After birth, what happens to a child’s body is likely to play an even bigger influence in the development of juvenile obesity. Unfortunately, studying and measuring these things is far more difficult and complex. Because human actions and patterns do not remain consistent throughout a child’s growth, determining cause and effect will be far more challenging. However, there are a few things that are associated with childhood obesity:

Childhood Obesity And Its Consequences

Obesity in children has been linked to a variety of health problems, including metabolic, cardiovascular, orthopedic, neurological, hepatic, pulmonary, and renal disorders. While the majority of the physical health issues associated with childhood obesity are treatable and can be resolved if the child or adolescent loses weight, some of them persist into adulthood.

Obesity in children and adolescents has a negative impact on their social and emotional wellbeing. Obese children are usually harassed and ridiculed due to their weight. They also confront a slew of other challenges, such as unfavorable attitudes, discrimination, and isolation from society.

Obese children are frequently rejected from physical activities because they are slower than their classmates and suffer from shortness of breath and find it difficult to stay up with their peers. These negative social issues in children can lead to low self-esteem, low self-confidence, and a bad body image, as well as affecting academic achievement. Obesity has also been linked to poor academic performance in children, as they are more likely to miss school.

How To Prevent Childhood Obesity?

Addressing childhood obesity is critical for reducing long-term risk and protecting health. Obesity and overweight can be prevented more effectively with community-based nutrition and physical activity strategy. Furthermore, many obesity problems could be averted if parents advocate a better lifestyle at home. This will have the greatest impact on children, and they follow healthy food habits at school and fast-food restaurants. It may be easier to eliminate childhood obesity and promote a healthy society by focusing on these factors.