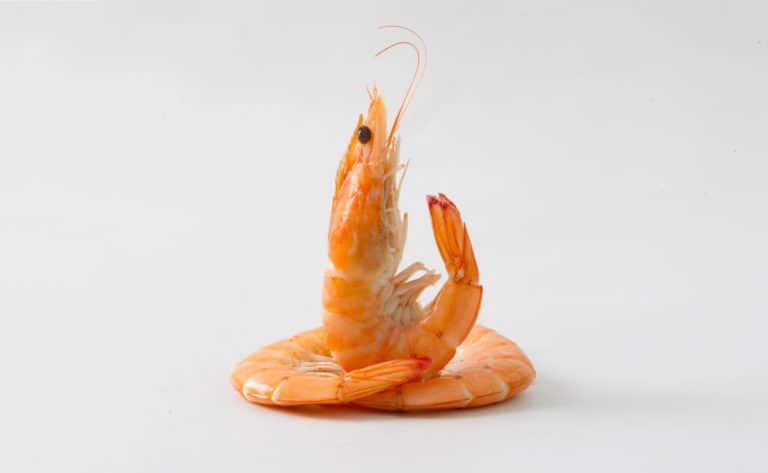 A person can eat shrimp as it offers several key nutrients to a person’s health, and it may be good for their cardiovascular health and heart as well.

According to some researchers, shrimps may be an excellent addition to a healthy diet for those who lean towards heart disease and have higher cholesterol. There are many advantages and disadvantages of eating shrimp, especially for those who are suffering from high cholesterol.

Amount of cholesterol in shrimp

The United States Department of Agriculture proclaims that 100 grams of shrimp contain around 189 milligrams of cholesterol. Also, as per the dietary guidelines for Americans in 2015, the suggested amount of cholesterol per person is around 100 to 300 milligrams per day if they follow a healthy eating pattern.

Cholesterol in Shrimp – Helpful or not

Eating shrimp may help lower the levels of triglycerides and lower bad cholesterol or LDL cholesterol.

Effect of eating shrimps on the cholesterol level

As per a survey conducted, those who ate shrimps for around three weeks reported having a rise in their LDL cholesterol by about 7% compared to a low cholesterol diet.

Simultaneously, it also increased the good cholesterol or HDL cholesterol by 12%, lowering the triglycerides by 13%. Thus, eating shrimp did not harm heart health, and in fact, it was helpful by raising the HDL cholesterol levels and contributing to a healthy heart.

Should a person with high cholesterol include shrimps in the diet?

It is a big puzzle for those who are watching their diet due to high cholesterol whether to have shrimps in the diet or avoid it. Shrimps are low in fat but high in cholesterol. Though 100 grams of cooked shrimp contains 65% of the daily consumable cholesterol, a single large shrimp contains only 3 to 4% of it. Therefore, the key to having shrimp is eating them in moderation.

Healthy ways to include shrimps in the diet

Shrimps may be healthy for the heart, but some cooking methods make them unhealthy.

To ensure that the shrimp one eats is healthy for the heart as well as low in cholesterol as much as possible, take care of the following :

Avoid these unhealthy ways to have shrimps.

While having shrimps in the diet, one should definitely avoid the following unhealthy ways to cook them :

Shrimp, if included as a part of a healthy diet, offers a variety of nutrients. Apart from cholesterol, 100g of cooked shrimp provides the following nutrients:

This calorie table shows that shrimp is low in calories but high in protein and various other essential minerals. It means that shrimp is safe to eat for most people, irrespective of their cholesterol levels. However, people should have it in moderation. Also, those people who are following a strict diet should consult a doctor or dietician before the consumption of shrimp.

Experts have recommended that pregnant women, children, and people with a weak immune system must not eat shrimp.