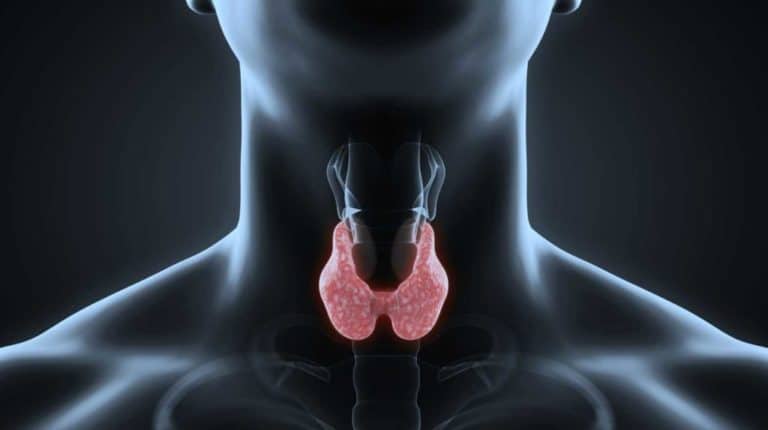 The thyroid gland is an important part of the human anatomy and falls under the category of Human Endocrine Glands. To understand it much better we need to focus on the two categories of glands present inside the human body.

Thyroid Cartilage- Is This The Adams Apple ?

The fluids generated by the endocrine glands are mixed with the blood and reach the desired destination in the body through the blood itself. On the other hand, Exocrine glands have special ducts for the transportation of fluids.

Thyroid Cartilage and Its Location

The thyroid glands are situated on the sides of the trachea and consist of two lobes. Above the thyroid glands lies the larynx which is also called the voice box. It has a cartilaginous covering known as the Thyroid Cartilage. It is also commonly known as Adam’s apple. It can be physically felt by touching as it is very prominent in men. In females, the thyroid cartilage is less prominent.

The Thyroid Cartilage has two plates each called the laminae, which are joined together at the front at an angle of 90 to 120 degrees. The angle is very sharp in men and that is the reason a pointed projection is prominently visible in males. The angle formed in females is relatively flatter and this is why the protrusion of Adam’s apple is not visible.

The thyroid cartilage is also the largest of the other nine cartilages present inside the human body.

The eminence of Adam’s apple is seen as a secondary sexual character and it is attained at puberty which is at almost 14 years of age.

The thyroid cartilage can have invasion which can cause laryngeal or hypopharyngeal cancer. This is caused due to abnormal growth in the squamous cells present in the cartilage. This can be treated by radiotherapy (RT), Chemotherapy, and the new treatment which requires organ-preserving technologies. Medicines like cisplatin and 5-fluorouracil are administered to people suffering from this grave disease along with radiotherapy.

This treatment like any other cancer treatment is very harsh and can come with its side effects. The worse conditions of cartilage invasions are solved using laryngectomy.

Apart from cancer, cases of laryngeal fracture can also occur. This kind of fracture can be severe and can obstruct the patient’s airway. They can occur due to different types of trauma and can go unnoticed until the condition can cause irreparable damage.